ATTENTION: If you want to lay claim to an almost apparently enormous supply of gold mining claims on government lands this may be the most valuable letter you will ever read… 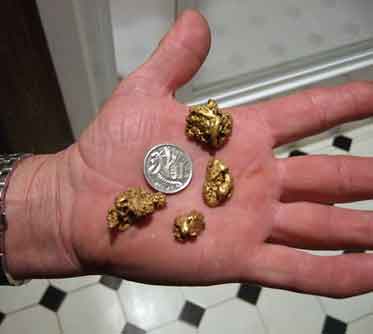 “In Today’s Economy, Access To Gold Is A Necessity!
– Gold Mining Claims Are Great For Fun And (Potential!) Profit”

“Discover The Fortune That Lies Hidden In The Massive Stockpile Of Unclaimed Federal Lands
— Yours For The Taking!”

Remember My Motto:
These Lands Belong To The American People, Claiming Gold Mining Rights Is For Everyone!”

Simply put, you can use this insider secret to instantly create a “real property” asset that you can use yourself to mine unlimited gold, sell it for a profit, or even lease it to someone else to mine gold for you. In fact, once you figure this out, you’ll be able to tap into hundreds of thousands of the federal government’s “private reserves” of land available right now for you to claim gold mining rights to.

Amazing but true…and the best part is

“Virtually Nobody Knows About This!”

What I’m talking about is tapping into the federal government’s seemingly unlimited data banks of public lands for your own profit and personal enjoyment.

But before I get into that – there’s been so much ‘mis-information’ on federal public land rights, I figure I’d better clear things up first:

“What Exactly Is A Gold Mining Claim?”

First off, you need to know that I am not an attorney or a professional certified advisor, so I am giving you this information for your ultimate reference and great personal convenience! (As with most things in life where financial gain is concerned, it’s a good idea to get appropriate professional advice.)

Gold Mining Claims are quite simply rights that you can acquire to begin the process of removing minerals from federal public lands that may allow you to take possession of valuable material on the land such as Gold. Once you have secured these rights you are granted the following benefits:

Simply put, when you add all of this up it becomes an incredible opportunity to secure the mining rights to these government lands (hundreds of thousands of acres available) that are just sitting around not being used – all for just pennies — and all yours for the taking!

But the BIG problem is finding these government lands…

Where do you find out which public lands are open to mining claims? How can you tell if someone already owns the mining rights?

“Let Me Swing Open The Hidden, Secret Door To This “Land Vault”:”

Personally, I’ve seen these companies claim thousands of acres of gold mining rights, then wait until lots of talk about gold hits the news…then turn around and sell them off for a handsome profit.

On the other hand, many of the weekend warrior-type prospectors like having their own personal ‘stash’ of claimed land that they can retreat to on the weekends and on vacations to relax, camp out, and get as much gold as they can from their claims.

Needless to say, it’s almost shocking how profitable securing mining claims from the federal government can be…

That’s why after countless requests from friends and aquaintances – I’ve finally decided to pull back the curtain and finally reveal the truth about finding, securing, and profiting from federally issued gold mining claims. Just weeks ago I put together a special, no holds barred, one-time-only E-Class called “Gold Mining Claim Secrets“

During this comprehensive (and totally SOLD-OUT) E-Class I completely “spilled the beans” to the attendees my most jealously-guarded secrets:

“Staking Gold Mining Claims Can Be This Simple?”

Frankly, I’m never going to hold this E-Class again — but the good news is I did have every single part of it converted into a home study course. Now you can have the same “No Holds-Barred” gold mining claim information-treasure trove from that E-Class at your fingertips where you’ll hold the key to unlock the hidden government vault of public land mining claims to profit from and enjoy over and over again.

Think about this for a minute: With this knowledge you’ll have the confidence of knowing how to maneuver around the government hurdles and roadbloacks that stand between you and an almost unlimited amount of gold mining claims – while others that may hear about claiming gold mining rights are scrambling and running around in circles trying to figure out this whole process.

However instead of me rambling on and on about how I “brought home the bacon” during this E-Class – I figure it’s better if I show you solid proof. Go ahead and have a look at some recent news stories about the New Gold Rush: 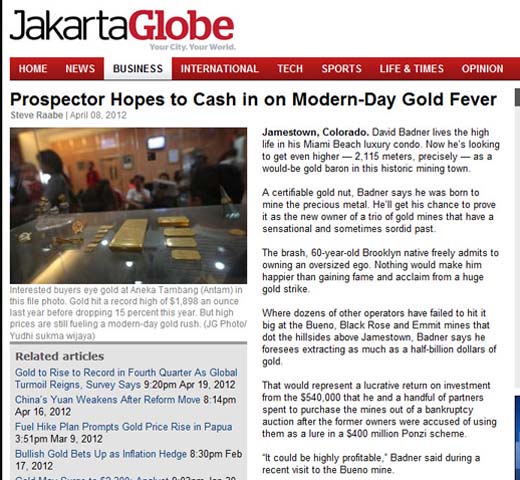 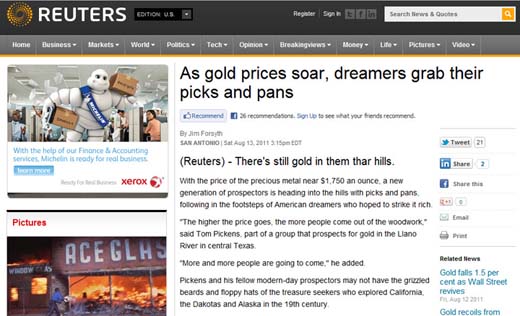 So What’s All This Going to Cost Me?

Honestly, I thought long and hard about delivering this exclusive information only as part of a high-priced seminar where I charged at least $397 per person. But instead of going to all the trouble of arranging a meeting space and taking time out of my schedule – I settled on an Instant Downloadable Home Study Course as a perfect and convenient way to deliver this information (for you and me).

I’ll Sweeten The Deal Even More With These Special Bonuses

It’s without saying that this guide is jam-packed with the jealously guarded secrets to finding, claiming, and using federal gold mining claims. Truth is, you’ll never find this in-depth information in any ebook, course or manual. But even with that said, just to sweeten the pot a bit I’m also going to hand to you these special bonuses to reward you for taking action immediately.

My Promise is VERY simple.

if you don’t agree that this is the most impactful, eye-opening, and practical information you’ve ever received on the subject of gold mining claims, simply email me and i’ll issue you a 100% refund on the spot.

No hard feelings and no questions asked.

In fact, I’ll extend this guarantee for 90 days! That’s right, a full 90 days to use and benefit from this unique information or else ask (and receive) an immediate refund. And if you decide to opt for a refund I still want you to keep the 4 bonuses as my free gift just for giving this a shot.

Question? email us at support@goldminingclaimsecrets.com

But whatever you choose, don’t let this opportunity slip through your fingers!

I urge you to take action right now and grab this material on finding, claiming. and using gold mining claims for fun and profit. Trust me, you won’t want to miss out on this one.

PS: Still skeptical? I completely understand. You probably don’t know me, and you’re not sure if this is what you’re looking for. But since you’ve read this far, I know you’re somewhat interested in staking gold mining claims…this could be your chance to finally lay claim to acres of gold rich land.

PPS: Even if you cancel and ask for a refund within 90 days, all the downloadble bonuses are yours to keep for your trouble. It’s my way of saying ” thanks for giving it a try”. So even if i refund your $27, you get to keep $60 worth in bonuses.

Disclaimer: I am not an attorney or a professional advisor in any industry. The results described in this website are not typical and will vary based on a variety of factors outside my ultimate control. Your use of any information and/or materials on this website is for pure reference and is entirely at your own risk, for which I cannot be held liable. Your use of this website is at your own risk, and you hereby acknowledge and agree that this website and all its info is supplied “as is”, “with all faults”, and “as available”, including all content, quick start guides, sheets, checklists, step-by-step guides, reference guides, sample filing forms, software, materials, services, functions, and/or information made available thereby. It is your own responsibility to ensure that any products, services or information available in this website meet any of your specific requirements.